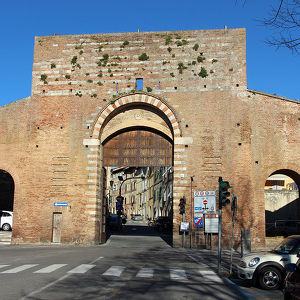 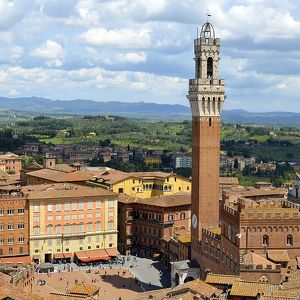 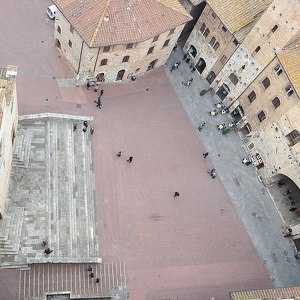 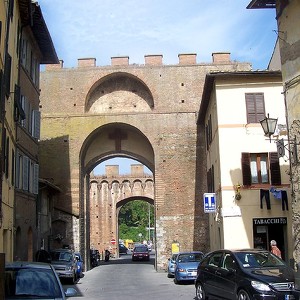 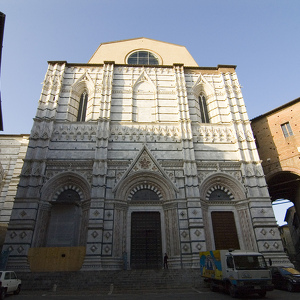 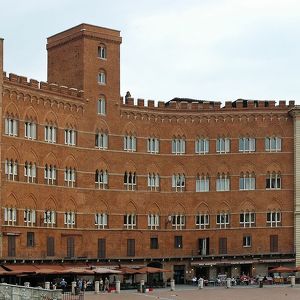 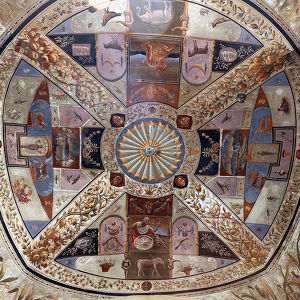 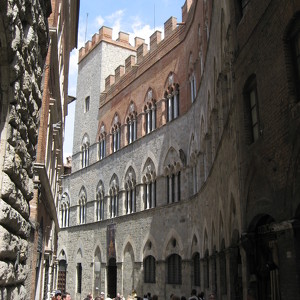 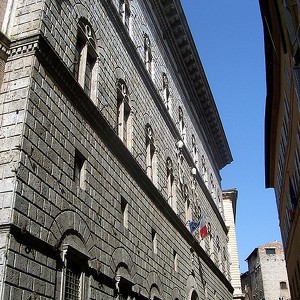 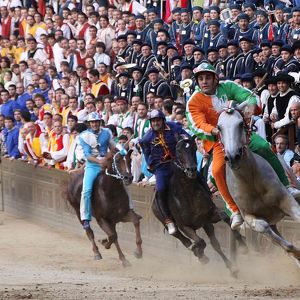 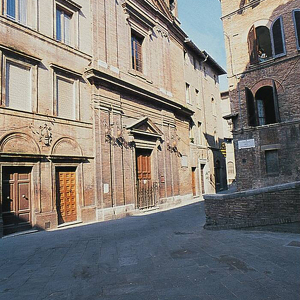 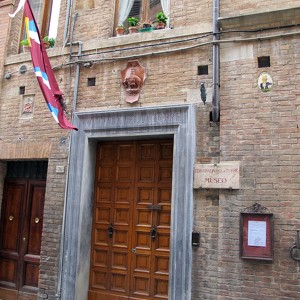 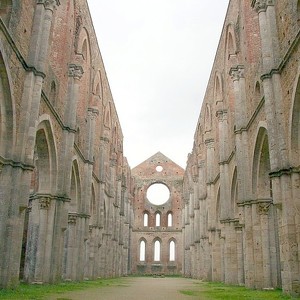 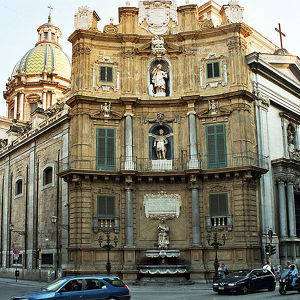 The Torre del Mangia is a tower in Siena, in the Tuscany region of Italy. Built in 1338-1348, it is located in the Piazza del Campo, Siena's premier square, adjacent to the Palazzo Pubblico (Town Hall). When built it was one of the tallest secular towe...

The Battistero di San Giovanni is a religious building in Siena, Italy. It is located in the square with the same name, near the final spans of the choir of the city's cathedral. It was built between 1316 and 1325 by Camaino di Crescentino, the fath...

The palace was erected after the mid-13th century fusing nearly five private homes, and closing one of the access points to the Piazza. There exists a 1340 design by Agostino di Giovanni. Completion of the palace took nearly a century. In 1466, the own...

The Palazzo Chigi-Saracini is a Gothic urban palace located on the Via di Città in the Terzo di Città in central Siena, region of Tuscany, Italy. In 2014 it housed the Accademia Musicale Chigiana. It was built by the Marescotti family in the 12th ce...

The Palazzo Chigi-Saracini is a Gothic urban palace located on the Via di Città in the Terzo di Città in central Siena, region of Tuscany, Italy. In 2014 it housed the Accademia Musicale Chigiana. It was built by the Marescotti family in the 12th ce...

The Palazzo Piccolomini, also known as the Palazzo Todeschini Piccolomini is a Renaissance-style palace in the city of Siena, region of Tuscany, Italy. It is located on the Banchi di Sotto, at the corner with Via Rinaldini; uphill and west of the churc...

Palazzo Salimbeni is a Gothic style urban palace located on the Piazza Salimbeni, just off Via Banchi di Sopra in the Terzo di Camollia of the city of Siena, region of Tuscany, Italy. The building, associated with an ancient mercantile family of Siena,...

Siena Cathedral (Italian: Duomo di Siena) is a medieval church in Siena, Italy, dedicated from its earliest days as a Roman Catholic Marian church, and now dedicated to the Assumption of Mary. Previously the episcopal seat of the Diocese of Siena, f...

The Abbey of Saint Galgano was a Cistercian Monastery found in the valley of the river Merse between the towns of Chiusdino and Monticiano, in the province of Siena, region of Tuscany, Italy. Presently, the roofless walls of the Gothic style 13th-centu...

San Giuseppe dei Teatini is a church in the Sicilian city of Palermo. It is located near the Quattro Canti, and is considered one of the most outstanding examples of the Sicilian Baroque in Palermo. The church was built at the beginning of the 17th ...