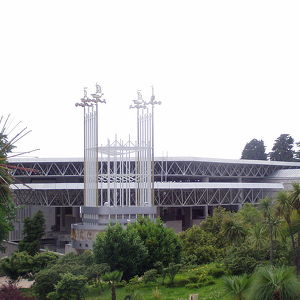 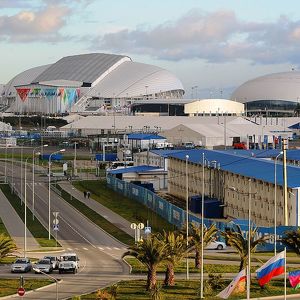 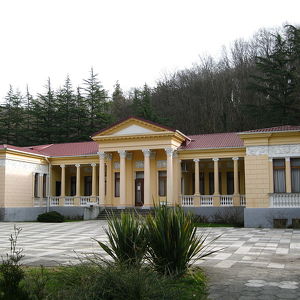 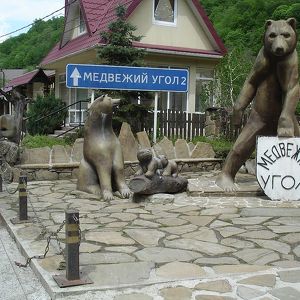 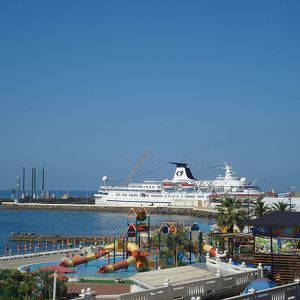 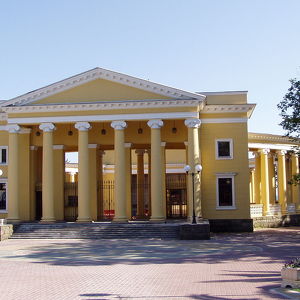 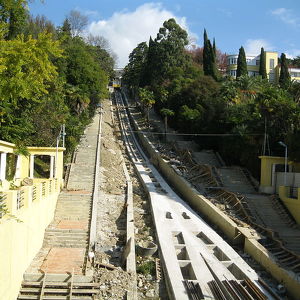 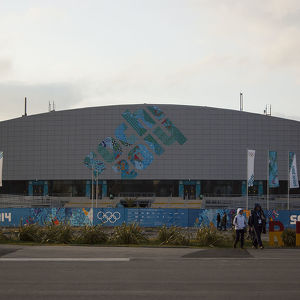 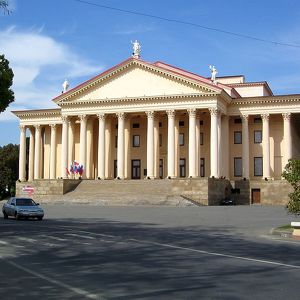 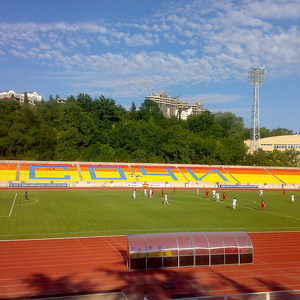 The concert hall Festivalny is an entertainment facilities in the central region of Sochi, Krasnodar Krai, Russia. The opening of the hall took place on July 14, 1979.

Sochi Olympic Park is an Olympic Park that was constructed for the 2014 Winter Olympics and 2014 Winter Paralympics. Located in the Adler City District of Sochi, Imeretinsky Valley, on the Black Sea (about 4 km, or 2.5 miles) from Russia's border with ...

Summer theater of the Frunze park

Summer theater of the Frunze park

The Ice Cube Curling Center is a 3,000-seat multi-purpose arena in Sochi, Russia, that opened in 2012. It is a component of the Sochi Olympic Park. It hosted all the curling events at the 2014 Winter Olympics and the wheelchair curling events at th...

The Slava Metreveli Central Stadium is a multi-purpose stadium in Sochi, Russia, named after the Georgian footballer. It is used mostly for football matches. The stadium was opened 19 April 1964 football match between Syria and the RSFSR The stadium ...

The Sochi Autodrom previously known as the Sochi International Street Circuit and the Sochi Olympic Park Circuit, is a 5.848 km Formula One racing street circuit in the Black Sea resort town of Sochi in Krasnodar Krai, Russia. The circuit is similar...

The name "Loo" derives from the name of one of the greatest Abazin feudal families, Lau or Loo. Until 1864, Ubykhs from the Vardane community lived in the Loo river valley. On the sea coast was the aul of Ismail Barakai Dzepsh, one of the Ubykh leaders...