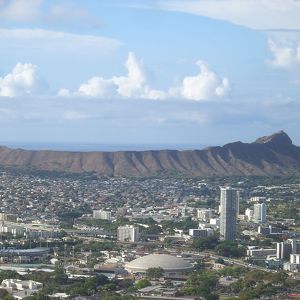 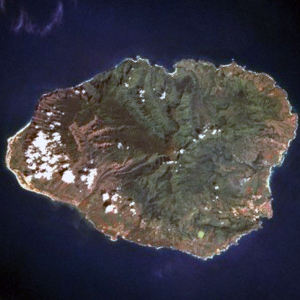 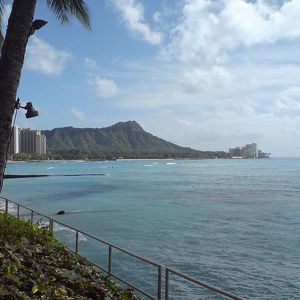 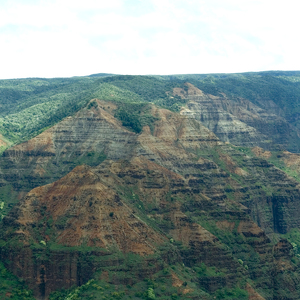 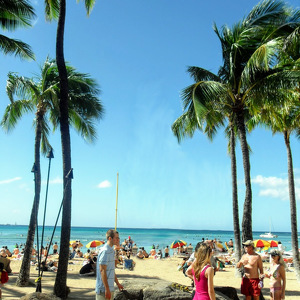 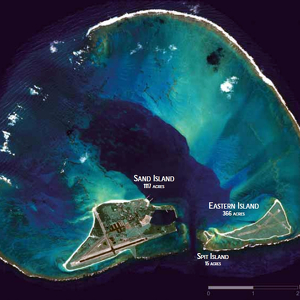 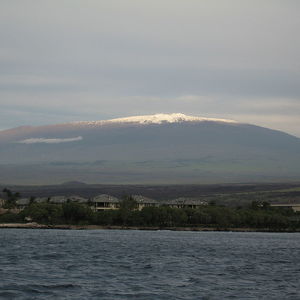 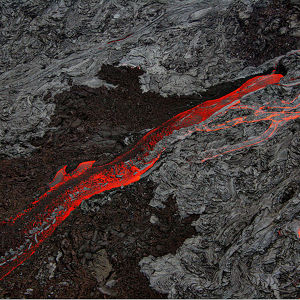 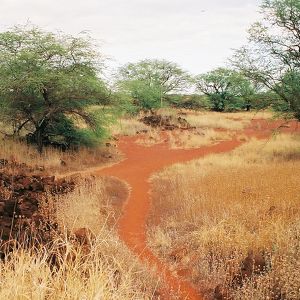 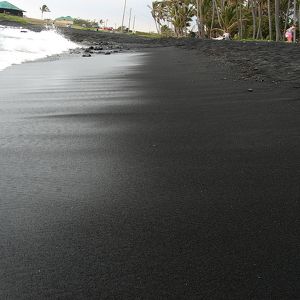 Diamond Head is a volcanic tuff cone on the Hawaiian island of Oʻahu and known to Hawaiians as Lēʻahi, most likely from lae 'browridge, promontory' plus ʻahi 'tuna' because the shape of the ridgeline resembles the shape of a tuna's dorsal fin.[3] Its E...

Kauaʻi, anglicized as Kauai is geologically the oldest of the main Hawaiian Islands. With an area of 562.3 square miles (1,456.4 km2), it is the fourth largest of these islands and the 21st largest island in the United States. Known also as the "Garden...

The ʻIolani Palace was the royal residence of the rulers of the Kingdom of Hawaii beginning with Kamehameha III under the Kamehameha Dynasty (1845) and ending with Queen Liliʻuokalani (1893) under the Kalākaua Dynasty, founded by her brother, King Davi...

Mauna Kea, is a dormant volcano on the island of Hawaii. Standing 4,207 m (13,802 ft) above sea level, its peak is the highest point in the state of Hawaii. Most of the mountain is underwater; when measured from its oceanic base, Mauna Kea is over 10,0...

The USS Arizona Memorial, at Pearl Harbor in Honolulu, Hawaii, marks the resting place of 1,102 of the 1,177 sailors and Marines killed on USS Arizona (BB-39) during the Japanese surprise attack on Pearl Harbor on December 7, 1941 and commemorates the ...

Howland Island is an uninhabited coral island located just north of the equator in the central Pacific Ocean, about 1,700 nautical miles (3,100 km) southwest of Honolulu. The island lies almost halfway between Hawaii and Australia and is an unincorpora...

Sandy Beach is a beach on the South Shore of Oʻahu in Hawaiʻi. It is known for its excellent bodyboarding and bodysurfing opportunities due to shore break that breaks very close to the shore, and consistent barrels all along the beach. Consequently, mo...

The Neal S. Blaisdell Center near downtown Honolulu, Hawaii is a community center for the City & County of Honolulu. Constructed in 1964 on the historic Ward Estate and originally called the Honolulu International Center, the center was renamed after M...