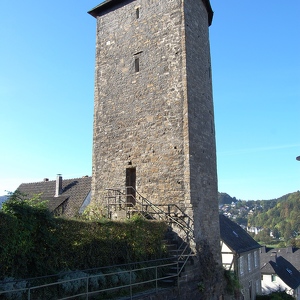 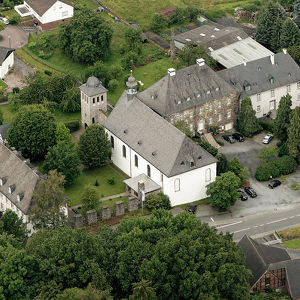 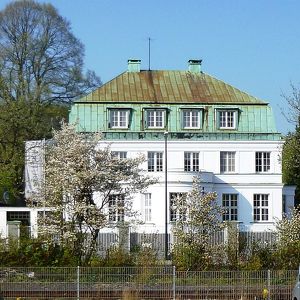 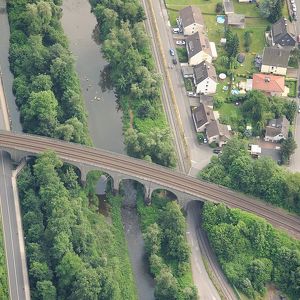 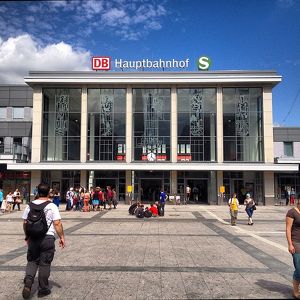 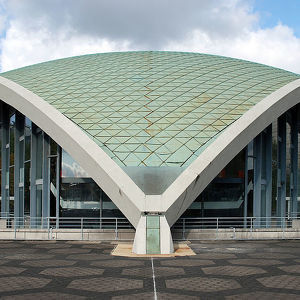 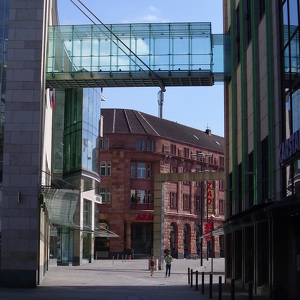 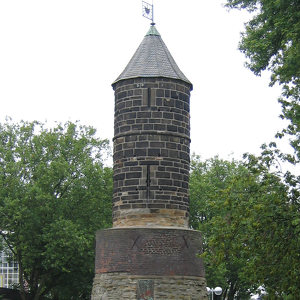 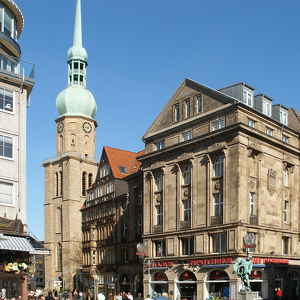 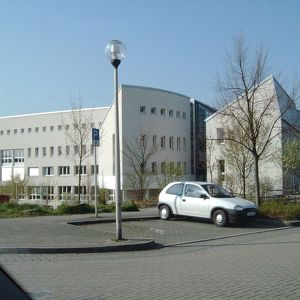 Dortmund Hauptbahnhof is the main railway station in Dortmund, North Rhine-Westphalia, Germany. The station's origins lie in a joint station of the Köln-Mindener Eisenbahn and Bergisch-Märkische Eisenbahn which was built north of the city centre in 184...

Opernhaus Dortmund is the opera house of Dortmund, Germany opened in 1966 and operated by the Theater Dortmund organisation. This opera house replaces an earlier facility which opened in 1904 and was destroyed during World War I. Architects Heinrich...

The tower was part of the military defences of the medieval free imperial city of Dortmund and built some distance in front of the city walls of the historic city centre. The watchtower controlled the trade route that ran south from the city to Cologne...

The Lutheran Protestant Church of St. Reinold (German: Reinoldikirche) is, according to its foundation date, the oldest[citation needed] extant church in Dortmund, Germany; it is dedicated to Reinold, also known as Renaud de Montauban, the patron of th...

Witten/Herdecke University (UW/H) is a private, state-recognized non-profit university in Witten, North Rhine-Westphalia, Germany. It was the first German private institution of higher education to receive accreditation as a "Universität", a status rec...

Westfalenstadion is a football stadium in Dortmund, North Rhine-Westphalia, Germany, which is the home of Bundesliga club Borussia Dortmund. Officially called Signal Iduna Park for sponsorship reasons, the name derives from the former Prussian province...